Of the many changes in education over the past few years, one which is most striking is in the use of video in and outside the classroom. Before COVID-19, the schools making the most use of video tended to be those who were pushing the boundaries and exploring the possibilities, and therefore in the minority.  Schools which wanted to use video more often came up against issues with privacy, whether real or imagined, and also concerns about teachers feeling they will be watched by management, regardless of whether or not this was the case. Various potential applications were being explored, from the use of video for teacher training and lesson observation, through to the development of virtual advantage reality and curriculum delivery through video on devices in classroom.

Things changed fundamentally when the lockdown school closures hit, and suddenly video went from being something used by adventurous teachers and schools to something that had to be used by everybody. The concerns about privacy were somewhat overridden by necessity, and attitudes changed very rapidly. We saw schools not only embracing video for the purpose of curriculum delivery, but also more and more use of recording and live streaming, for anything from assemblies through to major school events, in fact anything which required either a large gathering or a parent audience.  As time went on, technical boundaries were pushed and production values increased to improve the quality, accessibility and engagement involved and at my school we have streamed assemblies, concerts, lectures, cricket matches and even our cross-country and all events on Sports Day.

In my case, this involved reaching out beyond the school gates to others who could help me: a couple of companies who were able to provide with various cameras and technologies to try out, and a professional video production company owned by one of our parents who could lend me broadcast quality camera equipment.

Most of my help has come from a relatively new company called Just Teach, made up from former educators who are specialists in all aspects of video in schools.  Their support has allowed us to try out cameras for curriculum delivery such as: the Panacast, a 180 degree camera with automatic zoom to the subject; the HuddleCam, a wide-angle camera using NDI technology to send its signal across the network which had saved “views” which were especially useful for PE lesson; a MEVO unit, which is made by Vimeo and fully wireless; and a PTZ Optics camera which was great for outdoor and longer range work.  We also had the opportunity to try a LiveU unit which allowed us to stream from a conventional HDMI camera over 4G, which was great for work away from a WiFi network.  By finding time to explore all these technologies we were able to learn a great deal while also vastly improving our lessons and livestreams.  In terms of managing production and streaming we have used the free Open Broadcaster Software (OBS), the very well-priced ATEM BlackMagic Mini Pro and the more expensive but unbelievably capable NS Caster X1 made by Nagasoft.

Having professional equipment for recording provided the opportunity to create very high-quality recordings of school events, from music concerts and assemblies to Christmas services and public speaking competitions, and this taught us how simple concepts such as movement and good lighting can transform video output, even in the hands of an amateur like me, given good advice and support.  The response from pupils and parents alike to all this work speaks for itself, with gratitude from the former for varied and engaging content, and from the latter for enabling them to still be a part of the school community and its events.

So as we emerge from closures, blinking into the light of what will inevitably be something of a watershed in how we operate as schools, I am minded to reflect on where video will fit into education going forward.  In my view, there are three specific areas in which our experience has changed the landscape.

I have also given much thought to how the outlook of the population in general may change as a result of the last year and my conclusion is that two priorities will come to the fore: experience and wellbeing, and I believe that schools will be increasingly expected to provide tangible evidence of these priorities, along with a continued emphasis on high quality teaching and learning.

As we move forward, I think schools will divide into two camps, one which tries to simply revert to the way things used to be, and another which sees recent events as a spur to move forward, and I think that this will be mostly evidenced by their use of video.  There are many ways this could be evidenced.  For example:

Whatever else happens, video is very much here to stay, and I would encourage everyone involved in education to engage with it, and learn how to get the best from it. 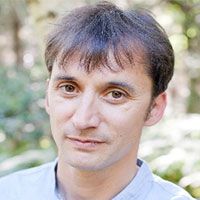 David Horton is an ICT and Computing Teacher, Trainer and Consultant. He has nearly 25 years in EdTech in both technical and teaching roles across a number of schools, so there is little that he doesn't know about the sector.  David's day job is as the Head of Digital Strategy for Orwell Park School in Suffolk and in this role he recently spearheaded the school's COVID19 response, resourcing and training the teachers to deliver a full curriculum, all day, every day.  During this time he turned his attention strongly to the use of video, building on his existing skills and experience to produce a large quantity of high quality video to keep children and parents engaged in school life.