Race and inequality in education

If you scan the academic literature from the last 70 years you will quickly see that questions of race, racism and teaching are not new, and have been debated for decades. And yet, it was interesting to see the surge of emotion and the subsequent urgency to take action from the education sector following the murder of US citizen, George Floyd, at the hands of police in May 2020. The grassroots organisation, The BAMEed Network, is run entirely by volunteers, and has been working with schools for five years on issues around representation, diversity, staff progression and anti-racism in the education sector.

Our inbox is always busy, but for the last two years in particular, it has been inundated with requests for support from every level, be that CEOs of major education organisations, leaders of teacher unions, senior staff at local education authorities, multi-academy trusts or diocesan boards of education. We also hear from headteachers and leaders from individual schools, individuals from within the junior ranks of school staff, or parents, governors and even young people themselves. Across the board, people are looking for answers and seem ready and willing to take steps to ensure that their own practice is inclusive and actively anti-racist.

One primary site for anti-racist practice is to consider the curriculum. The MacPherson Report, published 6 years after the racially motivated murder of Stephen Lawrence in 1993, strongly suggested that inclusivity and diversity in the curriculum can improve social cohesion, prevent racist attitudes taking hold, and instil the value of cultural diversity from an early age in young people. Improvements in the content of the curriculum is vital for many reasons. We need to provide a balanced view of history, and of the contributions of people from a variety of backgrounds who have lived side by side in Britain as the result of migrations from far and wide since the middle ages. We shouldn’t forget either the migrations as a result of our colonial past, or the displacement of peoples connected with our involvement in wars in more recent times.

Our BAMEed Wales colleagues have been involved in learning, teaching, policy development and research with the huge shift towards the Welsh Government’s REAP (Race Equality Action Plan) for the Welsh ‘Anti-Racist Nation by 2030’, and the New Curriculum for Wales. They are taking a sustained and determined approach way beyond this ‘gold rush’ period sparked by events in Spring 2020.

What you do and how you do it matters
Looking beyond formally taught subject matter, discrimination in education is also enacted through the way we behave in schools. For the decades since the MacPherson report recommendation to do so, schools have been dutifully recording racist incidents, monitoring the numbers and self-defined ethnic identity of excluded pupils, and these are published annually on a school-by-school basis. There are a range of practices which underpin Black students’ exclusion and which impact on their educational attainment for example, which are starkly detailed in the DfE Timpson Report on school exclusion of May 2019. Black British children of Caribbean heritage are more than 1.7 times more likely to be permanently excluded as compared with their white British counterparts, and they are more likely to be disciplined more swiftly and harshly than their white peers.

What seems to have shifted, and potentially divided educators along the way, is the notion of institutional and structural racism. This is racism which is inherent in every element of society and not least school life, and which runs like a stick of rock through our practice unless we make particular efforts to seek it out and adjust what we do, accordingly. Central to these efforts is developing racial literacy among staff and students in educational settings. The BAMEed Bristol & SW group has been working with schools on building the confidence of their organisation to be able to deliver a diverse and decolonised curriculum, to talk about issues of race, and to confidently challenge racism and discrimination.

Interesting progress and re-evaluation can happen as a result of such growth in racial literacy. At the end of the academic year of 2019-20, two major Charter School chains in the USA, Uncommon Schools and KIPP, denounced their own use of ‘carceral’ or ‘no excuses’ discipline techniques as racist. These were practices that had been the cornerstones of their educational philosophy. The techniques have been much lauded by a number of schools in England, which may or may not have subsequently re-evaluated their position. Some remain adamant that any less of an iron grip on children’s bodies, gaze and mouths will result in destruction of their lives as disadvantaged young people. The interesting thing is that both camps in this schism around discipline, believe that they are acting in the best interests of the young people from disadvantaged backgrounds that they serve. However, what is clear from one methodology, is that it is about ensuring that young people get the grades, sometimes at any cost, that will take them onto educational pathways for the future without questioning, disrupting or skilling up young people, or their teachers, to see or tackle the socio-political causes for the disadvantage, inequity and structural discrimination which creates such deep divisions in society in the first place – or indeed why the the gap between disadvantaged and non-disadvantaged students has stopped closing. Building knowledge, critical thinking, racial literacy and dialogue are essential to understand and take ownership of what we do and how we do it as educators and those being educated.

How you start and how you continue matters
It is important to start early and start strong. The BAMEed East Midlands group has been working with Initial Teacher Educators and trainee teachers on diversity, inclusion and anti-racist practice at the start of their journeys. Educating teachers for multicultural classrooms and preparing children for the modern world has been eroded from teacher training over the past few years, to the detriment of society as a whole.

Several of the BAMEed Network regional groups, and our national steering group have put the spotlight on teachers’ skills and wellbeing as vital to ensuring not only that we have a capable and informed profession, but that teachers from racially minoritised backgrounds thrive, develop and progress into much-needed leadership positions. We have a fruitful partnership with the Scottish group, SAMEE, which has secured funding from the devolved government there to operate a mentoring network. This network encourages participants to recognise and develop their skills and includes the ability to spend time in another school or local authority to shadow a promoted member of staff. As part of this, the network gives time to examine how racism, institutional racism, bias (conscious or unconscious), and lack of awareness, act as blocks to the promotion of Black, Asian and other racially minoritised teachers.

Nationally, the BAMEed Network has also secured funding to run training, and provide a free coaching and mentoring support service. It’s important to note that none of these coaching initiatives run using a deficit model around teachers’ abilities and aptitude from Black, Asian and other minoritised backgrounds - the answers lie in both educating the sector as a whole around systemic barriers for people from diverse backgrounds, as well as providing targeted support to those that face such obstacles.

Race and inequality matters
After May 2020, when the public statements of intent were posted on websites, or circulated by letters home to parents, some driven by guilt or alarm, and others by an emerging or enduring understanding of racism, it is clear which organisations are willing and able to see that structural racism needs to be dismantled at every level. Some organisations have retreated to tinkering around the edges, at most perhaps creating some better optics and remembering some more pressing issues they might focus on right now. And there are many pressing issues for the education sector right now. Our motto is for all, by all. So, whatever your background, if you are interested in contributing to our work across the country and across the sector, from Early Years through to Further and Higher Education, you are invited to join the BAMEed Network. 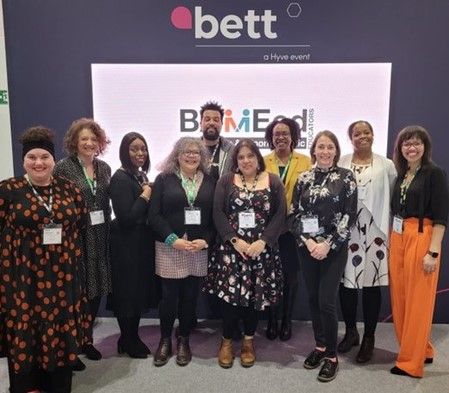 Members of the BAMEed group at Bett in March 2022 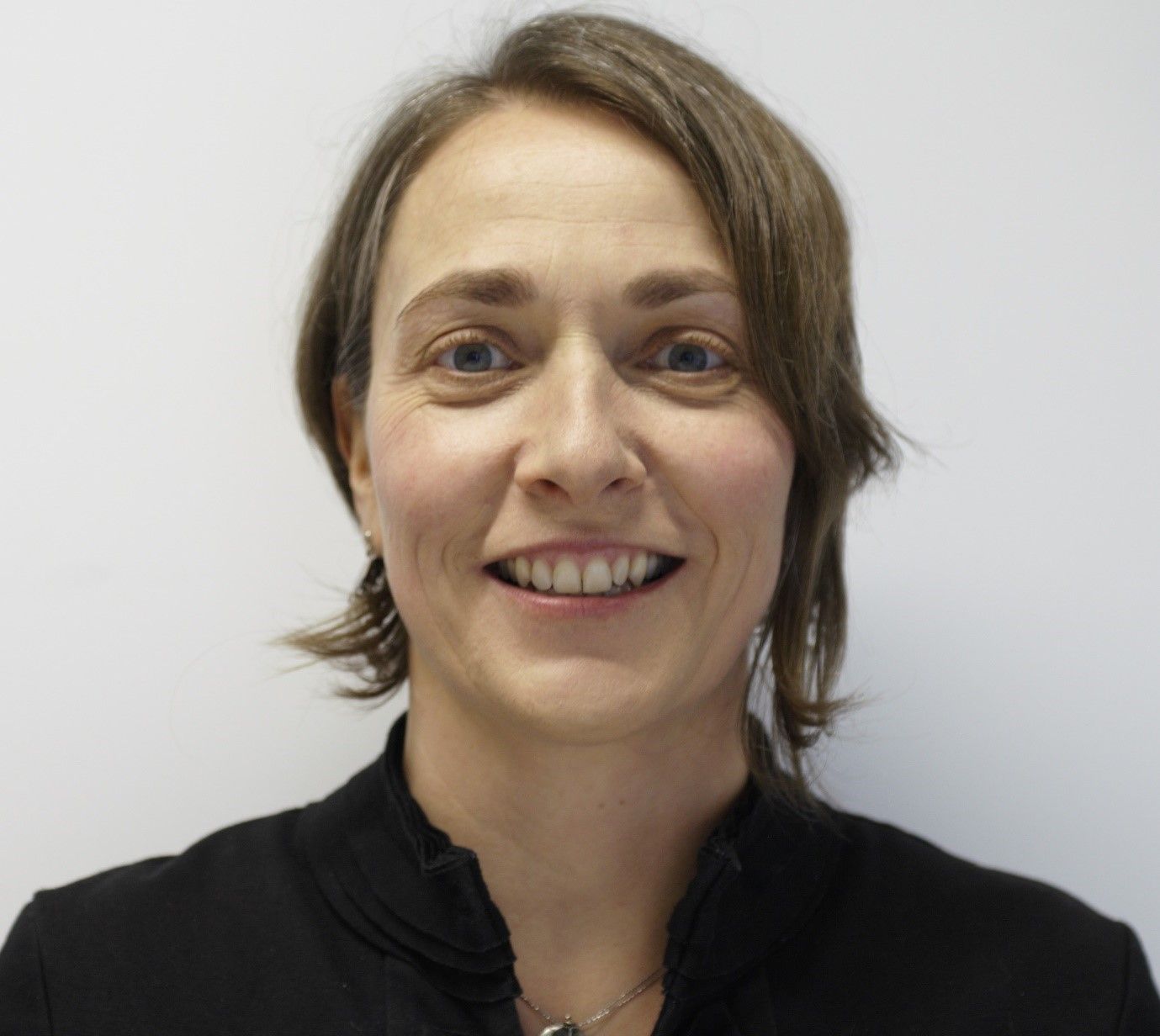 Penny Rabiger, Education Consultant and Researcher and Member of Bett Advisory Board

Penny Rabiger was a teacher for 10 years and since 2007 has been working with education charities and social enterprises on their start-up to grown-up journeys. Roles include Director of Business Development at The Key for School Leaders, Head of Membership at Challenge Partners and Director of Engagement at Lyfta. Penny is a Phd researcher at the Leeds Beckett University Centre for Race, Education and Decoloniality, and a coach on the Anti-Racist School Award and the Mental Health Leads training programme. She is a school governor, Trustee and Co-Founder of the grassroots charity The BAMEed Network, member of the Haringey Education Partnership BAME Achievement Group, and supports schools working towards more equitable practice for staff, students and the communities they serve.