In the provision we make in schools for learners with special educational needs and disabilities (SEND) we often adopt a graduated approach that recognises the degree of the learning challenges they face.   Commonly referred to as  ‘universal’, ‘targeted’ and ‘special’, this roughly translates to what all children receive, what a small group get, and what a particular individual needs.

The thresholds between each are not necessarily clear cut, but they might translate like this: when writing a story the whole class discuss the content and plan together before writing; some of the learners are given a writing frame and key vocabulary; whilst one or two have a teaching assistant to guide them, keeping them on task, reminding them of the structure, and helping with spelling and grammar.

When using technology these distinctions can become blurred. Whilst the whole class can be word-processing, they can all use the spelling and grammar checker, some will use a predictor or word banks, and others might choose to dictate the text, or proof it by using a screen reader. The approaches are not necessarily prescribed, offering choice and greater independence to the learners. The tools are there for them all to use and they select what they feel is most appropriate, offering a greater degree of control and autonomy.

Just about every application we use for word-processing, whether installed on our machines or running online, either has such options built in, or is open to having them bolted on. They have become available long after the original resource was created, so for some years users with a range of learning needs or disabilities were not readily able to use them. In part, perhaps, because the technology was not sufficiently developed to enable it, but also because the developers were working to fulfil the needs of a generic majority of users, giving little, or no, consideration to those who might find it difficult.

This is much less often the case now, with many developers following design principles that intend to design out difference, that is, to make their products more inclusive from the point of their inception.

One approach to this is ‘co-design,’ whereby from the original conception of the idea designers bring together users to gather their views and get their input.  This approach shifts the perspective from that of the designers own consideration and understanding of the problems they are addressing,  to that of the intended user. In doing so not only does the outcome meet actual, rather than perceived, needs, it can also bring about an end product that is more innovative and with wider application.

Cecily Morrison is a Principal Research Manager for Microsoft who lead on the creation of CodeJumper, https://codejumper.com a tactile approach to coding and programming designed so that blind and visually impaired primary pupils can learn together. Essential to its development was a co-design approach. The basic premise underpinning this is to design alongside the user -  rather than designing for them you design with them. The thinking is that what the designer perceives the user needs may not be what will really make a difference to them.

When creating OliTool (www.OliTool.com), a device to support self-regulation in primary school by linking a tangible, handheld device to an app to enable children to monitor their emotional state and share that with their teacher, creators Deborah Werbner and Lisa Erickson started off thinking that learners would need some way to indicate that their anxiety levels were such that they were on the verge of ‘losing it.’ However, having taken a prototype into classrooms they realised that the intervention OliTool offered came before that point. From this a traffic light system emerged, with red, green and yellow buttons replacing the one black one they had started with.

As Deborah explained, “The traffic light button system came out of the co-design. This idea of very simple messaging, using the language that teachers already use. Everyone is familiar with the traffic lights system so we wanted to adopt that. You can  define what red means, what amber means, what green means so basically you’ve got three different types of messages that you can send. Red being you are in a difficult situation, green being that you are in a great situation and amber maybe being the tipping point situation where you need to do something to avoid going into red and push you back towards green. Whatever, you decide what those are. And that is what the personalisation is within the app. The child decides with their teacher what they are working on.”

They also found that whilst the feedback to the teacher was the essential element of the process, what was most immediately important to the pupils was both, “squeezability,” so they could reduce tension, and “something you could do a repetitive action with.”

Cecily, too, found her perceptions shifted significantly after trying out a prototype of CodeJumper in a classroom. The original idea came from the demands of programming on screen using blocks of code that learners pull together. Visually impaired and blind children can’t see these on screen. “We set out with idea you have this language on screen,” she explained, “blocks on screen, but you can’t touch them. So we created blocks. But they couldn’t use them.” So the team had to radically rethink their approach. One of the things they did was to ask learners to, “bring us objects you love to feel or hate to feel,” and they realised that, “everything they touched had to move, change and give an immediate response.”

When the next iteration of CodeJumper was taken into a school she thought they were, “too big,” that “we had to miniaturise.” When in fact they, “worked perfectly. They were the right size for the kids.”

The process of iteration is key to co-design. As OliTool has developed the buttons are not only different colours, but different shapes – so they can be located without looking – and it has lights to show which has been pressed and it buzzes to indicate a message has been sent. Alongside the feedback from trials in schools Deborah and Lisa have commissioned independent questionnaires, held focus groups of professionals, carried out interviews with school staff, educational psychologists, and senior leaders, and listened to children.

That is not to say that they have simply implemented every suggestion that has been offered. That is not the designers role. “The most critical part of the role is involving users in setting requirements,” Cecily points out, however, “It is not about just doing what users tell you they want. Unless a product is fairly mature most people don’t know what they need.” Which is where the professionalism of the designer comes in, because they are, “trained to make that translation.” They combine the requirements of the users with the technologies that are not only available, but those that are under development, because, “users don’t innovate.” She illustrates this by quoting Henry Ford, “If I had asked people what they wanted they would have said ‘faster horses.’”

One of the biggest challenges in co-design is managing and identifying who the users are. For OliTool it is not only children, but also class teachers, and potentially families and psychologists. There are also regulations to meet, such as manufacturing standards for toys. There can also be what Cecily calls, “system incentives,” when what is procured, is, “not what is best [for the learner], but what fits in with the system. “Technologies are bought by the IT lead. So it ticks the box for the IT lead, but not SEND child,” particularly those for whom no specific provision is made, those, “with no resources attached to them.”

Another challenge is determining when a product is ready for the market, when it is sufficiently developed to be effective, at a price that schools can bear. Sometimes cost can be prohibitive to ideas, such as the idea from a  boy who wanted to add a voice recording feature to OliTool. It’s creators really like the idea, but for now it is unrealistic. As Lisa says, “That is where you have a second generation product.” 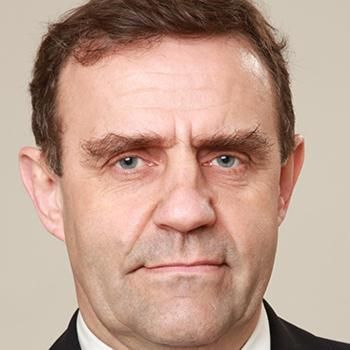 John is a specialist in the use of technology to support the inclusion of children and young people with special educational needs and disabilities (SEND) in the curriculum. His work covers all phases of schools and learners with a very broad range of SEND. He has devised and delivered courses at post-graduate and foundation degree levels, and taught teaching assistants at many different levels, including NVQ. His articles have appeared in TES, Guardian, Special Children, SECED, and Special World, along with a diverse range of blogs. His several books include co-authoring, 'Learning with Mobile and Handheld Technologies' ' winner of Best Book in the 2015 Technology and Innovation Awards.