We all deserve a 2econd Chance

Preventing waste is high on most people’s agendas, and taking care of the planet’s precious resources is vital for all our futures. The organisation 2econd Chance addresses two of our most pressing issues, the waste of older computers heading for landfill and, more importantly, the waste of human potential when possibilities for inclusive employment are ignored.

One of the highlights of Bett 2022’s excellent presentation programme for me was hearing from Adam about the work of 2econd Chance, the Community Interest Company (CIC) he co-founded with Nigel Canin. Nigel is probably better known to the Bett community as the driving force behind 2Simple, the ed tech company known for its primary software and Purple Mash online platform. Having enjoyed Adam’s presentation so much, I was delighted to be invited to visit 2econd Chance and learn more about their work and underlying philosophy..

The original idea for 2econd Chance sprang from a relatively chance encounter between Adam and Nigel at a family event. At that time Adam, who has a disability in one hand and some learning difficulties, had been unable to find an employer who recognised the potential that he had to offer. Like several of those now working at 2econd Chance he had a real interest in computers and IT. An absolute win-win opportunity arose in their discussion, why not intercept all those computers heading for landfill, and train people like Adam who had found difficulty obtaining employment through usual channels to refurbish the machines and return them into use?

Fast forward a couple of years, and we find an enlarged 2econd Chance, currently housed in the previous 2Simple HQ, with some 25 people, and even more computers, passing through the doors each week. Walking in, there is the unmistakable buzz of a busy but happy workplace, with banter alongside the ongoing work. One room has computers, monitors and various components stacked high on shelves and across the floor. Space is always at a premium. A second room is surrounded by tables, and you see the backs of people working away on their machines. Jenny had the task of stripping off the various stickers and labels that folk love to put on laptops. Darelle was cleaning them up so well that they looked almost new. Adam and Rabia were checking the machines, wiping them and reinstalling Windows 10, then the machines went through to Benjamin and David for testing.

Everyone is busy, busy, and to the new visitor it is not immediately obvious who are 2econd Chance staff, and who are the trainees. Inclusion at its best. I was given free rein to chat to everyone and find out how the business worked - what follows is an attempt to distil those conversations.

Welcome to the machine

So where do the machines come from? Many are recycled from schools and small businesses seeking to refresh their technology. 2econd Chance has lots of links with local schools and businesses.

When their luck is in, a bigger company may send them a large number of almost identical machines, often between 20 and 200, that can be processed fairly rapidly and easily, spares swapped in and out, and turned over very swiftly. As I watched the work, a volunteer from Barnet Homes, a local housing association, turned up in his van, having collected some retired Apple Macs from a city company. He had taken time out of a busy schedule looking after 25 plumbers to undertake this trip. The logistics of getting the machines to 2econd Chance can be challenging, so local community volunteers helping out like this is a real godsend. 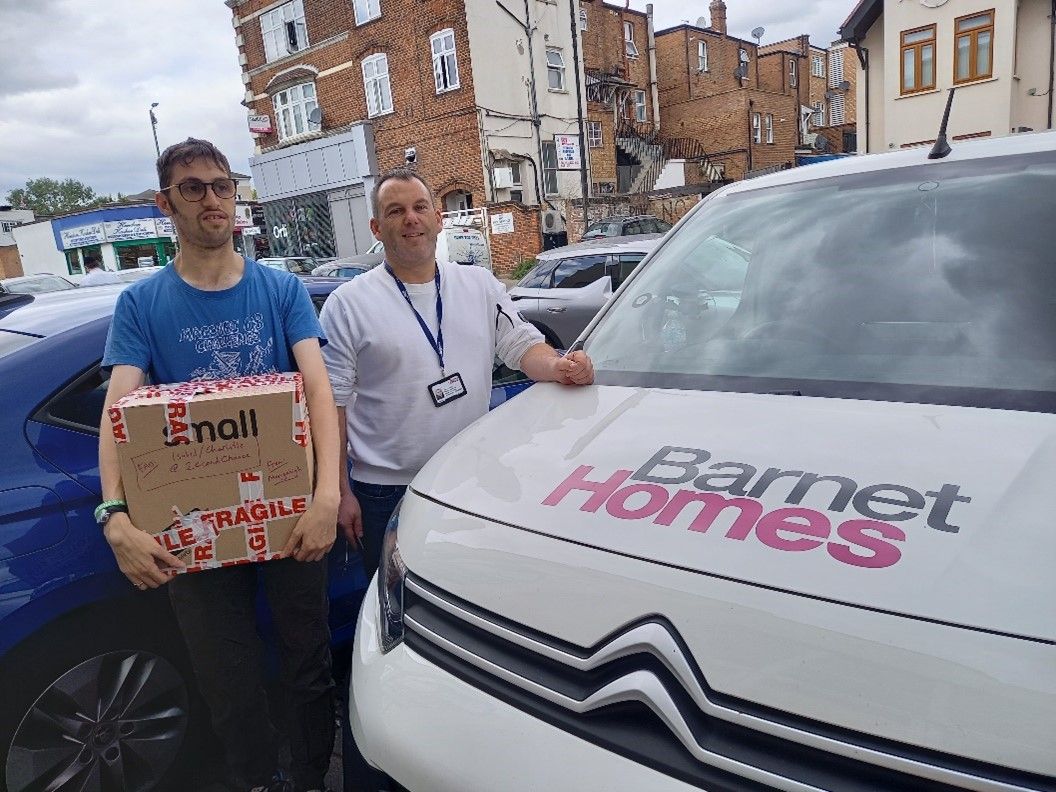 Benjamin became extremely excited by this delivery, and was keen to have himself pictured receiving the machines. He has become a regular weekly visitor to 2econd Chance, and his carer said that he really looked forward to his sessions working there. Much better than his previous place, Benjamin told me, before talking about his upcoming Blackpool holiday, about which he was equally excited!

Where do the machines end up? More places than I at first realised. Avney, an IT specialist with years of experience at IBM and elsewhere before joining 2econd Chance, has built up an impressive range of outlets.

Some machines sell through the 2econd Chance website, an ideal route as nothing is lost on commission. But many more sell through the organisation’s eBay store, which has an impressive turnover of typically 10-30 machines a week. One interesting and regular route is via an organisation in West London that then ships laptops over to Zambia, with any ailing batteries removed to reduce air freight costs.

These machines are never going to be whizzy technology, but they are robust devices that can deliver internet access in a very affordable way. Avney explained that their prices are deliberately kept very reasonable so they can reach folk who otherwise could not afford them. Other refurbished machines are distributed free of charge through deserving community and charity channels to folk whose lives are changed by getting free or affordable internet access, often for the first time. 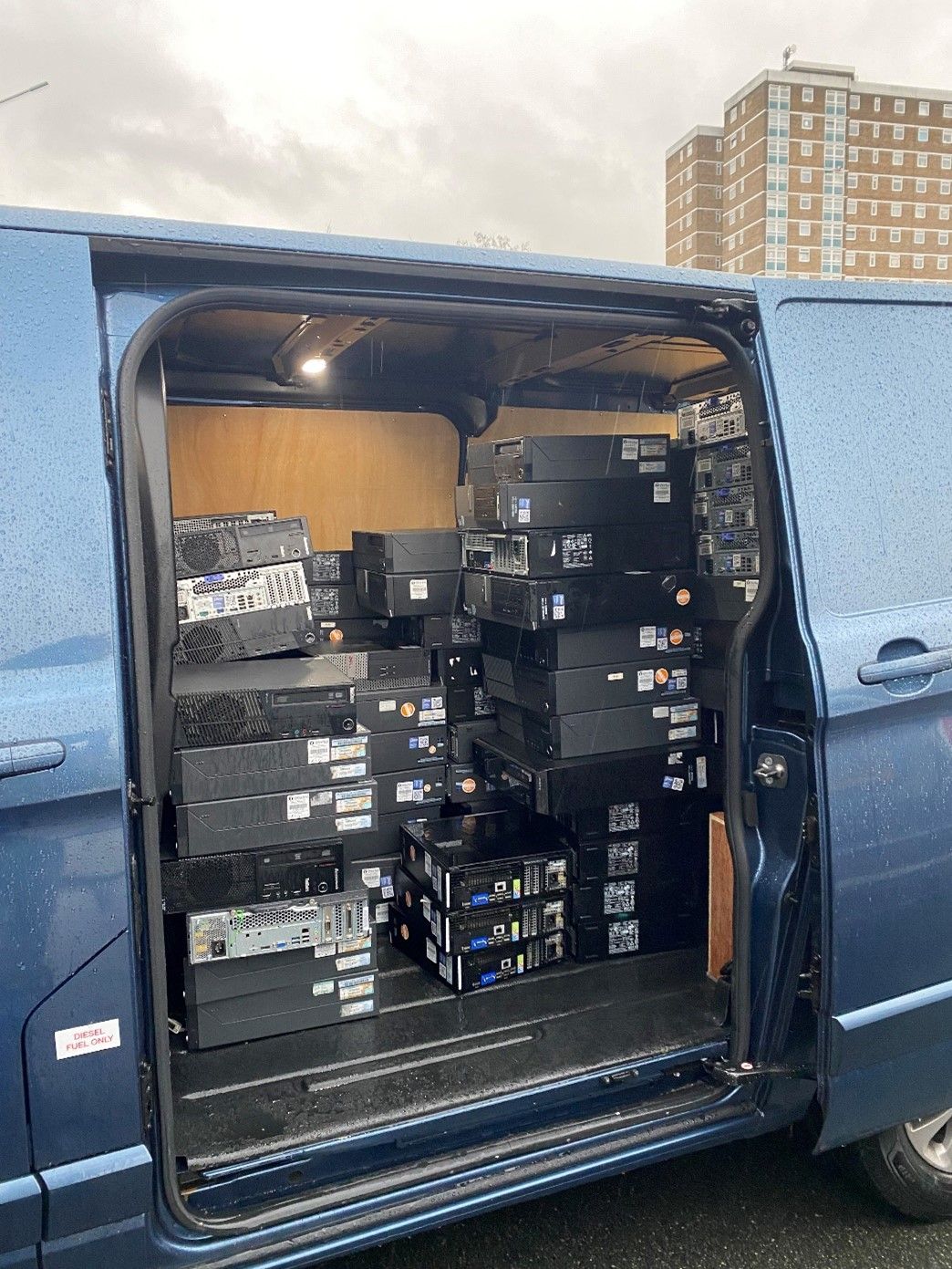 And they need YOUR old machines! Ideally, laptops, as many of their clients don’t have space for desktops, and only those up to eight years old, as older machines can be difficult to refurbish in this way. Machines that they can’t refurbish still avoid landfill, as they are forwarded to a specialist decommissioners in Stoke that extract parts for spares and any precious metals etc. But this is time-consuming for 2econd Chance, so it’s something best avoided if possible, as it also hits the bottom line.

The bottom line? People sometimes ask why a Community Interest Company, rather than a charity? Anyone who has seen the glow of pride in Darelle’s eyes when one of his machines is deemed suitable for sale, or the interest of the trainees in this week’s sales figures, won’t need to ask this.

This is their company, they are its workforce, and they take pride in doing something worthwhile for others, rather than relying on handouts. And they are all working hard, staff and trainees alike, to take 2econd Chance to an efficient, standalone company. Not breaking even yet, but heading that way.

The power of partnership

Avney described the complex partnering relationships that they have fostered, that can often end up in a virtuous circle. For example, a link with Twinings tea saw batches of machines coming in from the company, being refurbished, and then some passed back to Twinings charitable arm for distribution to folk in need. Similarly with a large batch of machines from Cadent, the gas company, that were also returned for charitable redistribution. Isobel explained how she spends a fair part of her time developing such partnerships with the local community, with charities such as Langdon and Kisharon, the DWP, the council, Inclusion Barnet and local organisations such as Barnet Homes.

These partnerships are often just as involved with the people passing through the doors as the computers. Darelle had arrived via the local JobCentre after several years at a local college. Benjamin was there through the auspices of Langdon, a local community charity. As Nigel was keen to point out, many of these trainees are not only getting work-related training they would otherwise miss, they are mixing with other community members they probably would not have encountered - inclusion in its most ideal sense.

On the training front, Mark and Isobel are currently hoping that the trainees will soon be able to go for a City and Guilds qualification, with the practical work and learning at the centre supported by a theoretical dimension from a training provider. They are also working on linking more closely with local special schools to expand this training dimension of 2econd Chance’s work.

Charlotte is heading up the team at 2econd Chance, and is extremely proud of what has been achieved to date, and equally optimistic about its ability to scale up. She sees their role as being to put together and test a working model that could then be taken and replicated elsewhere in other centres around the country. As she so rightly points out, there is no shortage of laptops heading for landfill, nor of folk who, whilst unable perhaps to undertake full-time employment in the wider workforce, are still capable of learning new skills and becoming a productive and useful member of a team such as that at 2econd Chance.

I have seen this inclusive future, and am happy to report that it works. So what about that next laptop replacement scheme that you are considering….? Don’t forget those machines also need a 2econd Chance!

Tony is an educator who started as a secondary school biology teacher, then became an education technologist, information technologist, curriculum director at an educational computing centre and latterly EdTech adviser to a large network of schools. He now works independently as a disruptive nostalgist, freelance speaker, university visiting lecturer, writer, mentor and consultant. 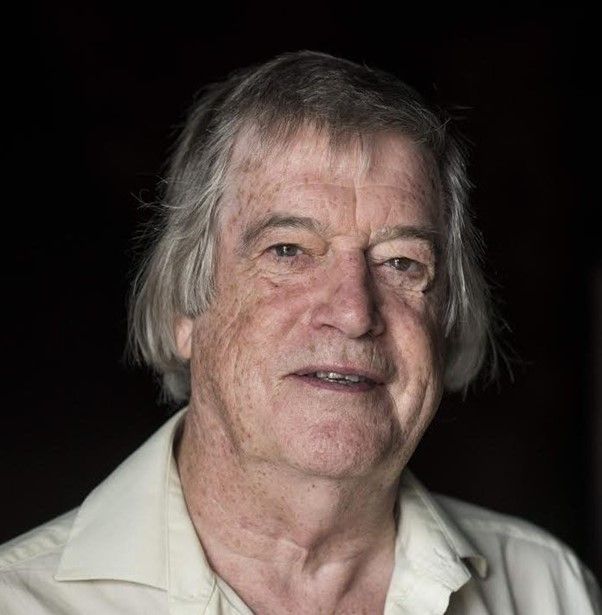